It is simple understanding that if one does not speak honestly to themselves, they can never understand and read the other people with the utmost honesty. Like the concept of honesty and wish to see what the famous personalities had to say about honesty being the best policy in their lives? Head out to the Quotes Gallery section and check out the various accumulated Honesty Quotes, combined with beautiful and serene Nature Photographs. “Nothing in this world is harder than speaking the truth, nothing easier than flattery.” — Fyodor Dostoyevsky

“To believe in something, and not to live it, is dishonest.” ― Mahatma Gandhi “Your conscience is the measure of the honesty of your selfishness. Listen to it carefully.” ― Richard Bach “One needs to be slow to form convictions, but once formed they must be defended against the heaviest odds.” ― Mahatma Gandhi “Honesty is the first chapter in the book of wisdom.” ― Thomas Jefferson “The very spring and root of honesty and virtue lie in good education.” ― Plutarch

“Our lives improve only when we take chances – and the first and most difficult risk we can take is to be honest with ourselves.” ― Walter Anderson “No legacy is so rich as honesty.” ― William Shakespeare “Being entirely honest with oneself is a good exercise.” ― Sigmund Freud “Honesty is incompatible with amassing a large fortune.” ― Mahatma Gandhi “Honesty is the best policy, but insanity is a better defense.” ― Steve Landesberg “If you do not tell the truth about yourself you cannot tell it about other people.” ― Virginia Woolf “When you do something with a lot of honesty, appetite and commitment, the input reflects the output.” ― A. R. Rahman 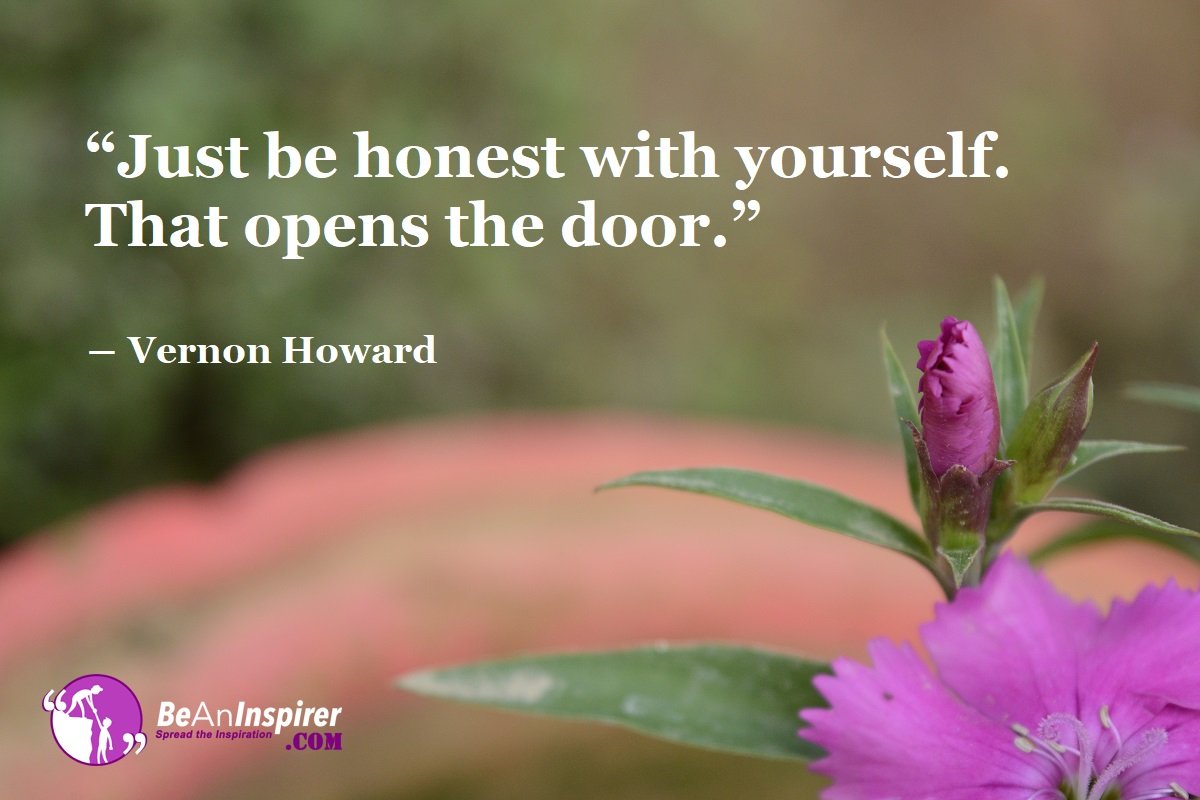 “Just be honest with yourself. That opens the door.” ― Vernon Howard “Honesty and loyalty are key. If two people can be honest with each other about everything, that’s probably the biggest key to success.” ― Taylor Lautner “Honesty is the fastest way to prevent a mistake from turning into a failure.” ― James Altucher

“Honesty is the cornerstone of all success, without which confidence and ability to perform shall cease to exist.” ― Mary Kay Ash “Honesty prospers in every condition of life.” ― Friedrich Schiller “Honesty is the rarest wealth anyone can possess, and yet all the honesty in the world ain’t lawful tender for a loaf of bread.” ― Josh Billings “Rather fail with honor than succeed by fraud.” ― Sophocles “Honesty is more than not lying. It is truth telling, truth speaking, truth living, and truth loving.” ― James E. Faust